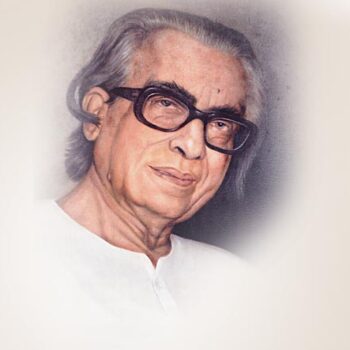 Saila Chakraborty has the rare distinction of not being allowed to fall into obscurity, for unlike his peers, his illustrations can be seen in reprints. A self-taught artist, writer, illustrator, cartoonist, painter, puppeteer and animator, Shaila was a lifelong devotee of doing work for and with children. Saila began his artistic career by illustrating for Rabindranath Tagore’s short stories Pragati Sanhar and Laboratory. Satyajit Ray’s first published story in Amritabazar Patrika in 1941was also illustrated by Saila. Saila’s first political cartoon was published in Dipali the same year with Stalin and Hitler as protagonists. Since the 1950s, Saila’s cartoons made regular appearances in Yugantor, Basumati, Nobokallol, Achalpatra, Sachitra Bharat, Joshtimodhu, Tekka, Sorosh Cartoon among others. He also drew for film booklets. Much of Saila’s fame rests on his illustration accompnaying the children stories of Shibram Chakraborty, the popular Bengali author and humourist. The adventures of Harshavardhan and Govardhan – one bulky and the other skinny, they being a Bengali version of Hardy and Laurel – came alive through the pen of Shibram Chakraborty, mostly accompanied by Saila’s drawings. Later, Saila storyboarded the animation film Michke Potash (The Sly Rat, 1951). His Useful Giant was a short film using puppet shadowgraphy. Saila also created the bi-colour strip Dakoo about a boy with an upturned tuft of hair, whose antics were a popular staple in Amritbazar Patrika. Dakoo’s spin-offs – Mithu and Tutu and Chotku and Baiju – were also popular. Saila Chakraborty has set up Putul Rangam, a children’s theatre troupe. He has also authored the self-help book Chotoder Craft (Children’s Craft) that displayed the tricks of toys using throw-away materials. Piyari, the Loveable Tigress, Domruchorit (Tales of Domru), Sindbad o tar Duhsahosik Vromon Kahini (Sindbad and his Daring Voyages) are some other comics by Saila. One of his memorable late works was Puber Akash Lal (Eastern Sky is Red), a book of comics commemorating the Bangladesh Liberation war. He had held solo exhibitions at Rio Je Jenerio, Brazil (1974), Academy of Fine Arts, Kolkata (1979), and Birla Academy, Kolkata (1982). 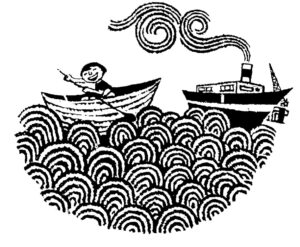 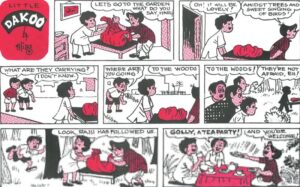 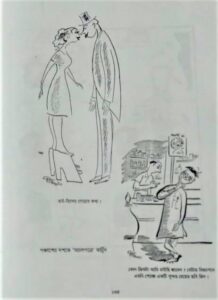 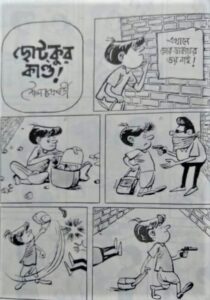 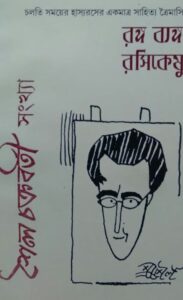