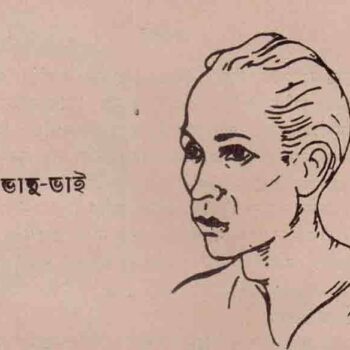 Born into an illustrious family who pioneered the game of football in India, Ramkrishna Bhaduri, known in the cartoon world as Bhadubhai, was an art graduate from Santiniketan. He went into advertising and was mentored by the renowned OC Ganguly. He joined Sulekha, a company that manufactured ink for pens, as a Publicity Officer. Cartooning happened during his after-hours. Swadhinota, Sachitra Bharat, Mohila, Achalpatra, and Gorer Math were magazines where his cartoons appeared regularly. Later in life, he floated his own agency Apollo Advertising, where his talent could be put into good use. Most of his works are now lost, and only a handful could now be retrieved from the crumbling, yellowing pages of old magazines. But whatever survives stands testimony to the cerebral component in his cartoons. Bhadubhai, a great sports enthusiast, edited a magazine called Cricket Jogot (Cricket World). He wrote Swadesh o Shilpo  (Nation and Industry) and Mohon Baganer Itikatha (A History of Mohun Bagan). His artwork also included collages, using pieces of plywood, and paintings using wax on frames of glass. 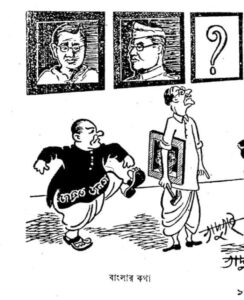 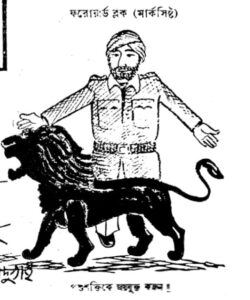 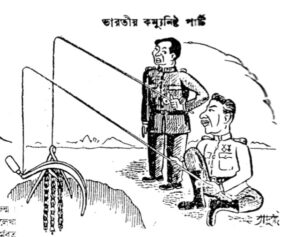