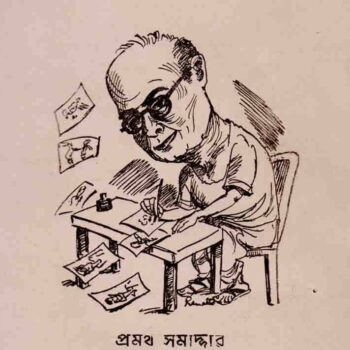 A cartoonist whose gags were ubiquitous in a variety of magazines since the 1940s, Promotho Samaddar is less written about, and his works are seldom retrieved and showcased. A great stickler for anatomical details, who at the same time infused life into his characters, Promotho was a master of expressions. An artist trained from Government Art College, Promotho worked odd jobs. In 1936, his first cartoon appeared in Sochitra Bharot, a magazine edited by his relative Probodh Samaddar. Henceforth, Promotho’s cartoons became a regular feature of Sochitra Bharat. Encouraged by his initial success, Promotho freelanced for Nation and Mahajati (both edited by Sarat Chandra Bose, brother of Subhas Bose), Bharatvarsha, Ultorath, Cinema Jagat, Nabakallol, Dipali. He also went beyond the vernacular press and contributed for Illustrated Weekly of India (Bombay), Shankar’s Weekly (Delhi), Prabhati and Rashmi (Bihar), Sports and Pastimes (Madras) Andhra Jyoti (Madras), Matrubhumi (Cuttack). Promotho also drew for advertising and illustrated books, and sent entries to overseas cartoon competitions. 1971 onwards, he left cartooning for commercial art, though with modest success. In his later years, in a notable article in Joshtimadhu, he publicly rued the fact that in our country cartooning never allowed the artists to be solvent. Chandi Lahiri said (‘Through the Eyes of a Cartoonist’, Dhrubapad, 2004) that since Promotho’s cartoons lampooned things like an affair between a young girl and his tutor, the office boss and his secretary and took pot-shots at the lady office clerk and police constable (still a novelty), his work reflected the popular prejudices of a society in the throes of a pre-modern worldview. This may have meant that Promotho has not dated well. 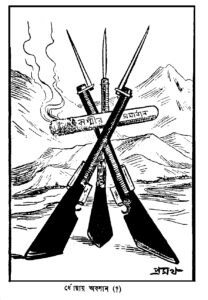 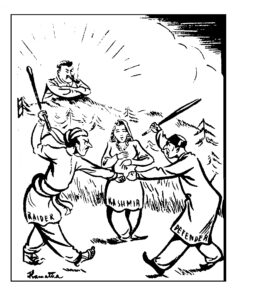 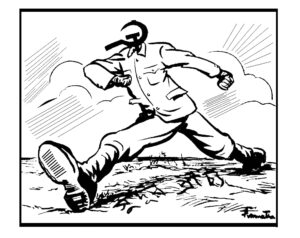 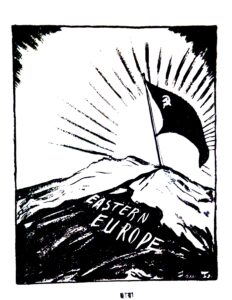 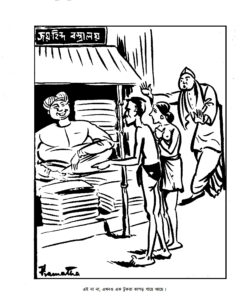 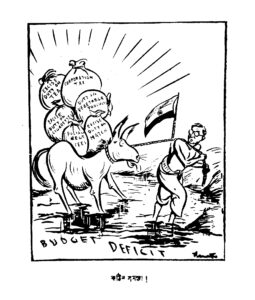 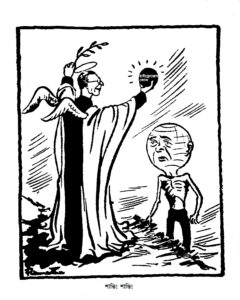 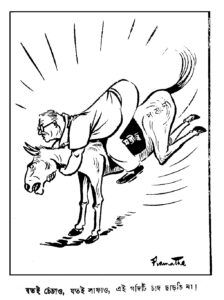