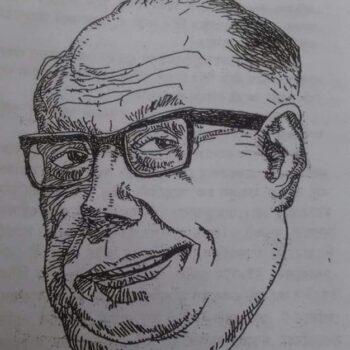 Prafulla Chandra Lahiri was a doyen of illustrated laughter in Bengal and had a stellar career as a cartoonist and humorist. But is unlikely that one would be able to find out about him on Google. This is not because Prafulla Lahiri is hardly known by this name. One has to search for either Kafi Khan or Piciel. In the English language Amrita Bazar Patrika, he signed as Piciel, while on the pages of the Bengali Jugantar, he was known as Kafi Khan. This cosmopolitan man with a global world view and double-identity hailed from East Bengal. There he stayed till he graduated from Feni College, in Chittagong district, and started out in the venerable Shanibarer Chithi. Later he left his job and came to Calcutta, where after a while he was hired by Amrita Bazar, the leading broadsheet. Since then, he never had to look back. Piciel became a household name. Soon so did Kafi Khan. Prafulla was perhaps the first cartoonist to have had a long and successful career as a professional print cartoonist. He started cartooning famous political leaders like Gandhi, Jinnah, Bose, and others. One famous example is his cartoon that came out the morning after Gandhiji’s assassination, capturing the reactions of various factions surrounding the body. While Muslims in India were shedding copious tears and non-Muslims in Pakistan were filled with despair, officials at United Nations were torn between shock and anxiety. He also made caricatures of international leaders like Churchill, Roosevelt, Hitler, Mussolini, and others. Khuroo, Kafiscope, Bahadur, Pea Brothers are some of his great creations. Walt Disney was impressed by his works. Many renowned cartoonists, Jim Ivey for example, were close friends of Piciel. 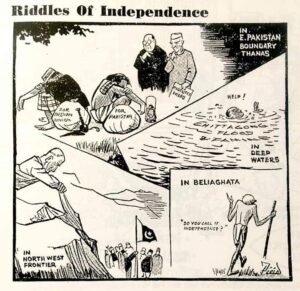 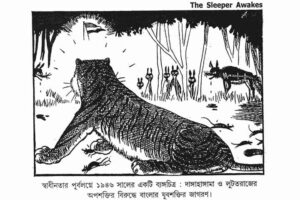 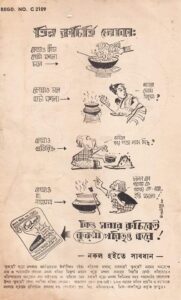 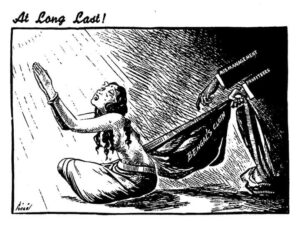 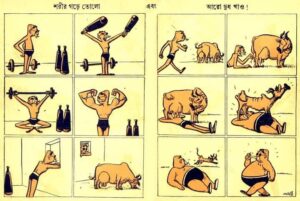 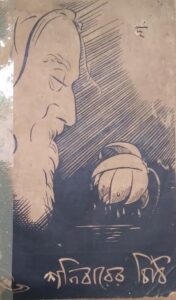 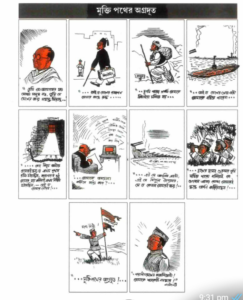