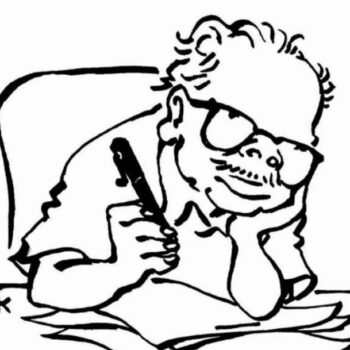 PKS Kutty was one of India’s foremost cartoonists and a keen observer of the rich history of social and political change in late colonial and early postcolonial India. Kutty, a native of Ottapalayam in Kerala, arrived in Delhi in 1941 as an understudy to Shankar, the legendary cartoonist. He started his career with National Herald in 1941 and later worked for various newspapers. For around 57 years, he commented daily on the national scene through his cartoons published in some of the major dailies of the country. Kutty, who spent much of his career in Delhi, was a regular presence in Parliament House. In 1951, Kutty joined the Kolkata-based Ananda Bazar Group (ABP). His cartoons appeared in many of the group’s publications such as the English daily Hindustan Standard (1951-1986), the Bengali language daily Ananda Bazar Patrika (1975–1986), and Desh (Bengali literary weekly). It was his stint at the ABP as a cartoonist which endeared him to the discerning Bengali readers. Kutty’s work was also syndicated for publication in Hindustan Times (1961–1962) and The Indian Express (1962–1969). He worked for another Bengali daily, Aajkal, for a decade (1987-1997). After officially retiring in 1997, Kutty moved to Madison, Wisconsin. As rumors of Kutty’s death started circulating in Kolkata in May 2005, his former colleagues at Aajkaal published the denial of the rumor with a new cartoon drawn by Kutty. This led to requests for more cartoons from his admirers. Kutty complied and sketched a few more cartoons that were published in Aajkaal. However, he could not continue due to his deteriorating eyesight. Kutty wrote an English-language memoir, Years of Laughter: Reminiscences of A Cartoonist (2009). He died on 22 October 2011 in Madison, Wisconsin. 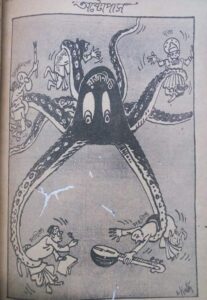 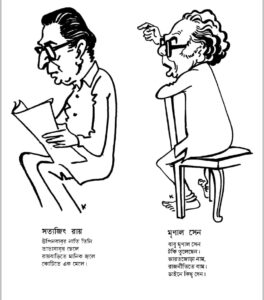 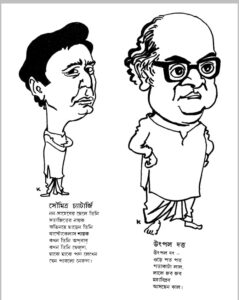 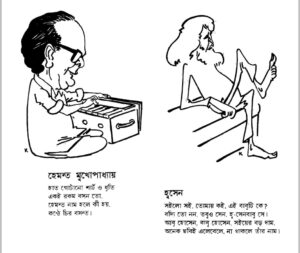 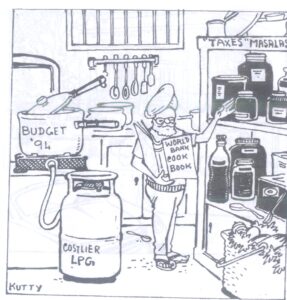 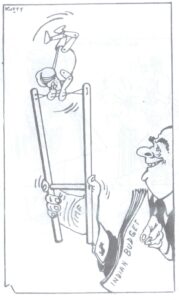