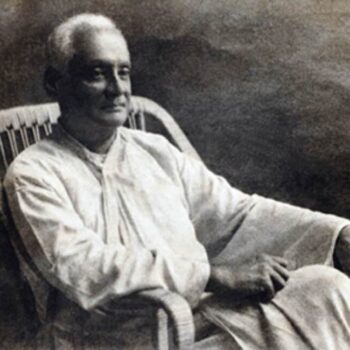 A prolific modernist artist and cartoonist, Gaganendranath was one of the famed Tagores who saw to the coming of age of the art of humour in Bengal.  Born in Calcutta, Gaganendranath grew up in a family whose exceptional creativity spearheaded Calcutta’s cultural scene, him having among his immediate peers Rabindranath Tagore and Abanindranath Tagore, the latter being the pioneer and leading exponent of the Bengal School of Art. Gaganendranath, who never went to an art school, took up the brush and palette only after he was 40, experimented with several genres at any given time, Late-Impressionism and Cubism being his favourite playgrounds. But few things show him in his angry and satiric best as his cartoons, which he, in many ways, pioneered in this part of the world. His cartoons, which exuded sophistication and biting satire, made their way into reputed journals and magazines like Probasi and Modern Review, between 1916 and 1930. Interweaving the comic and the grotesque, the sublime and the ridiculous, the profound and the flippant, Gaganendranath’s humorous take on ‘westernization attempts’ of Bengali elite, religious corruption, gender issues, colonialism, etc. reflects the early birth pangs of a self-reflexive nationalist cosmopolitan. His famous cartoon albums are Adbhut Lok  (Realm of the Absurd, 1917),  Nabahullor  (Reform Screams, 1921) and Birupa Bajra (Play of the Opposites: A Portfolio of 13 satirical portraits, 1930). His influence and centrality to India’s caricature history cannot be narrated in just a few lines. Suffice to say, what Satyajit Ray was to Indian art cinema, Gaganendranath was to the art of cartoons. That is to say that with him and because of his, the artform both arrived and also achieved adulthood. 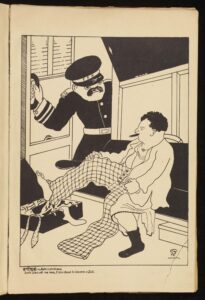 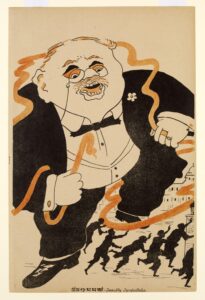 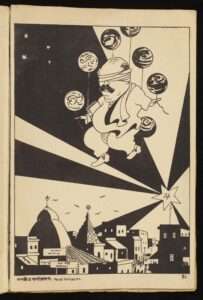 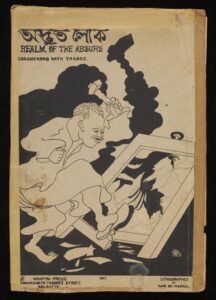 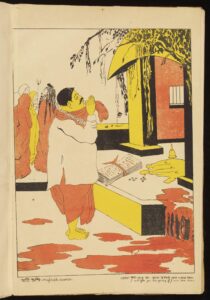 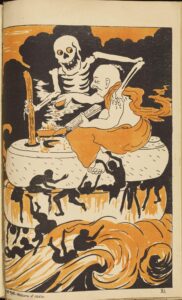