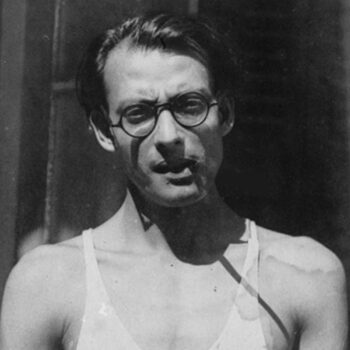 “The year was 1943 and over three million lives had been lost in what is one of the greatest man-made disasters to strike India — the Bengal famine. It affected the vast area that includes present-day West Bengal, Bihar, Odisha, and Bangladesh. Artist Chittaprosad Bhattacharya, whose life was spent in painstakingly depicting human suffering and deprivation in the face of capitalist policies, travelled in Midnapore and Bikrampur on foot to sketch the human cost of the crisis.” These are the first lines of The Hindu’s review of one of Chittaprosad’s more recent retrospectives. But the Bengal famine was not his only call to greatness. Chittaprosad was many things but primarily was built in the classic mould of the socialist artist: committed, internationalist, driven. He also did posters, pamphlets, cartoons, illustrations etc. The DAG profile on him reads an apt description of his prowess as a caricaturist. It says, “Powerful and emotive,  his art of caricature emerged as a statement in favour of the oppressed masses and as a denunciation of the ruling class.  As a  self-conscious,  reflective testimony, the drawings and caricatures of this period were a forceful outcry against the tyranny of domination and an indictment of prevailing conditions. Underlying the biting humour was a compassionate humanism and his images were essentially an appeal on behalf of the labouring poor and the marginalised. 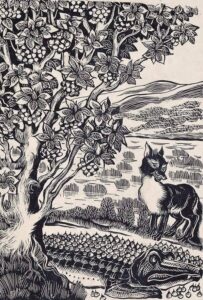 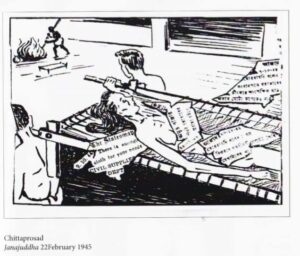 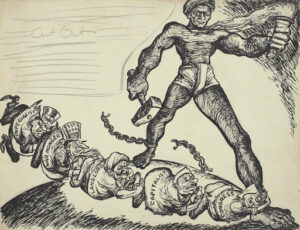 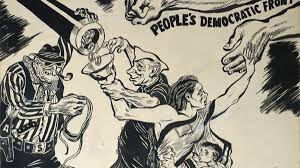 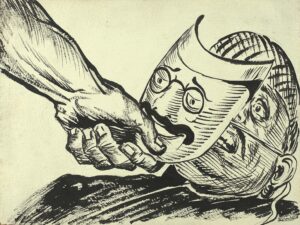 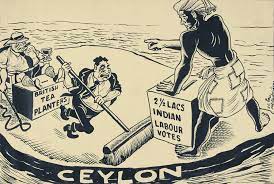 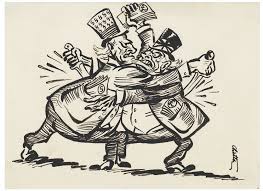