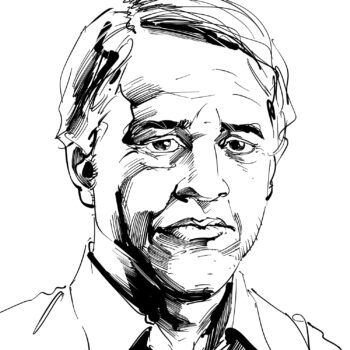 Binay Basu, whose cartoons betray fears about the possible effects of modernity and westernization in the middle of the 20th century, was a prolific artist who drew for Masik Basumati, Sachitra Sisir, Basanti, Nabajug, Bharat Barsha, and  Anandabazar Patrika. His Ekal O Sekal is a series of cartoons juxtaposing the bygones with contemporaneity, thereby creating a comic effect and a study of how the average Bengali gentleman (bhadralok) viewed the world around him. Binay Basu’s Meye Mahal was published in 1927. It could be termed as misogynist and reactionary by modern standards. His cartooning depicts male subordination, which is viewed by the cartoonists as an inversion of the common order.  One of the cartoons shows a young Bengali bride leading the groom and commanding him in English. Another has a policewoman in an aggressive posture, speaking, again, in English. Another one is of a woman collapsing in a drunken stupor while the nervous husband watches from behind a door. One of Binay’s cartoons has a woman artist painting a model: it’s a mustachioed man, wearing a sari, the woman ordering him ‘to pose’ in a seductive way. The cartoons in Meye Mahal echo the anxiety of the society and chagrin at the emergence of the new world order, where many believed that women were gate-crashing into the male bastion, usurping jobs cut out for men. Binay, whose political cartoons are fewer and far between, did beautiful watercolors in Bharat Barsha. In Chinha Badal, Chinha Dakhal (Swapping and Usurpation of the Predetermined Gender Markers) cartton commentator Subhendu Dasgupta analyzes Binay’s cartoons as key tools to analyze traditional, predictable responses to women’s empowerment and the subsequent changes in society. 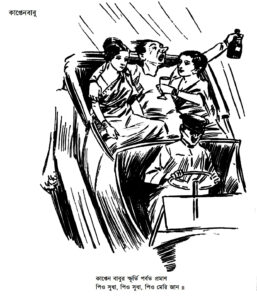 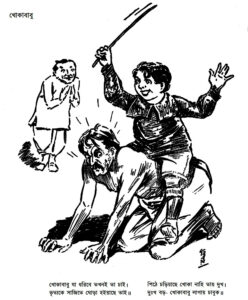 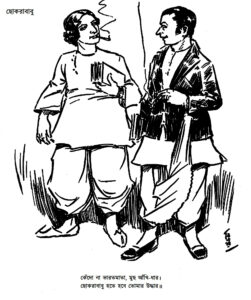 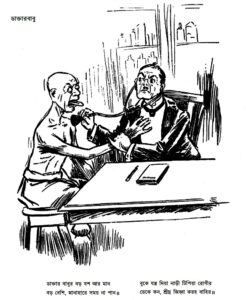 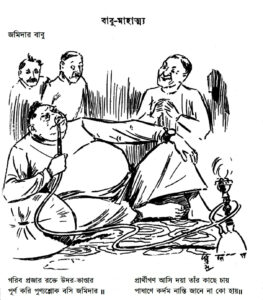 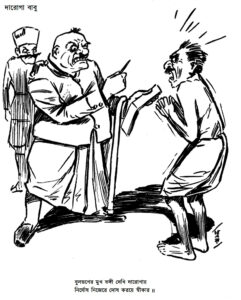 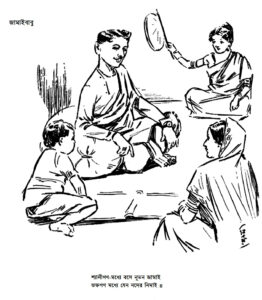 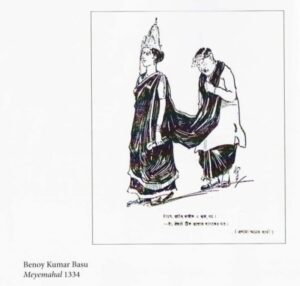