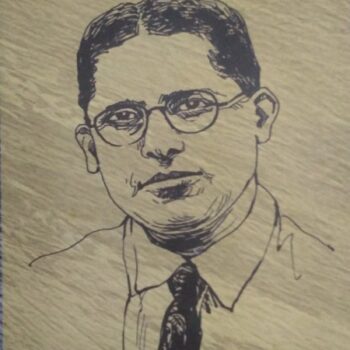 An eminent physician who wielded the lancet and the brush with equal dexterity, Bonobihari Mukhopadhyay was an iconoclast and anticolonial figurehead to a generation of students in early 20th century Calcutta. An upright man, a firebrand progressive and do-gooder doctor, he was called an ‘Indian Voltaire’ by the writer and polyglot scholar Syed Mujtaba Ali. He not only served the poor relentlessly and militated against institutional injustices of colonial Bengal, but also wrote against entrenched orthodoxies of his Bengal kinsmen and scribbled cartoons whenever he wanted to drive a point home. He was not prolific, but his small output in Shanibarer Chithi and Bharatvarsha echoed the charged moments of history around him. Bonobihari rebuked social inequalities with his no-nonsense take on them. Although his lines were simplistic and amateurish, he made up for it with the sparkle of his ideas. One might say that his progressive outlook was mildly undercut by his merciless mockery of effeminate males and ‘ultra-modern women’ but they were reflective of contemporary social prejudices. He also wrote and drew for Beporoya (The Dauntless), a magazine he co-founded in 1923. The magazine was short-lived with only four issues, but each of them bears the imprint of the doctor-cartoonist Bonobihari. His literary output includes Noroker Kit (Infernal Pest) and Doshochakro (The Intrigue), both well-known satirical novels. Bonobihari, incidentally, was the elder brother of the famous artist and muralist Binodebehari Mukhopadhyay. The eminent Bengali novelist Balai Chand Mukhopadhyay (known widely by his nom de plume Bonophool) was Bonobihari’s student at Calcutta Medical College, and later fictionalized his illustrious teacher’s life in the novel Agnishwar, which has been immortalized on screen by Uttam Kumar, Bengal’s iconic star-actor. 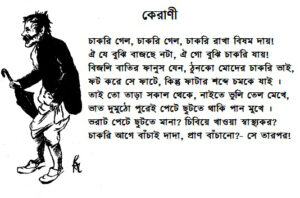 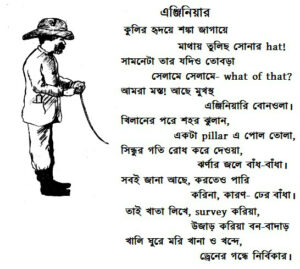 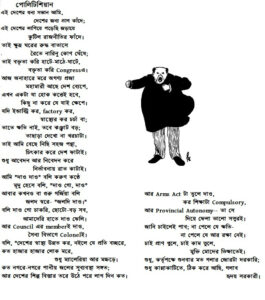 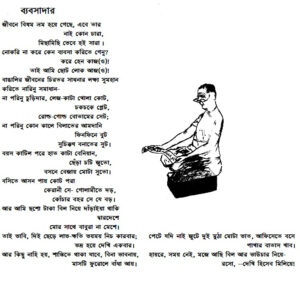 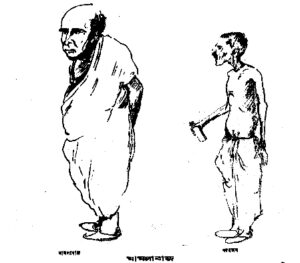 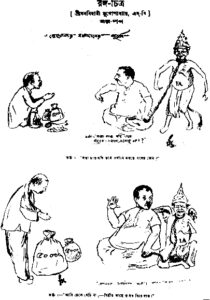