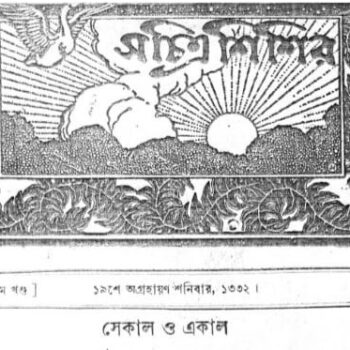 Edited by Sisir Kumar Mitra and brought out by Sisir Publishing House, Sachitra Sisir (Illustrated Sisir, সচিত্র শিশির) began its journey in 1923. Although the magazine carried cartoons in each of its issues, its tone and tenor were more somber than its counterparts. It was, in fact, more of an art journal, and some of the images (paintings mostly) were printed in collectible glossy art paper, a novelty. Siblings Jyotish Singha and Satish Singha, the cartoonist duo, made regular appearances in the pages of Sachitra Sisir. Satish, the elder one, worked as the head designer at the Government College of Arts and Crafts. He was associated with publishing houses like Basumati Sahitya Mandir and Macmillan and Co. Although Jyotish Chandra was not a trained artist, he took up painting for a living. It was Sachitra Sisir where cartoonist Binoy Basu’s prolific output could be seen. He signed as “BB” for his unique ‘Bun’ series, reflecting women’s hairdressing styles in vogue in those days. Sachitra Sisir did not stay away from politics, even if most of its cartoons took potshots at the newly emerging stereotype of the office-going women, cross-dressing by males, the plight of the Bengali bhadralok struggling to maintain old world lifestyles, lady doctors and cops (a rarity and amusing to behold), the lethargic government employee, and the ill-at-ease Anglo Indians failing to throw in their lot with the other countrymen. While cartoons published in Sachitra Sisir could not go beyond the contemporary social prejudices, they are important as a conservative response to the inevitability of economic and socio-cultural changes sweeping through Bengal. 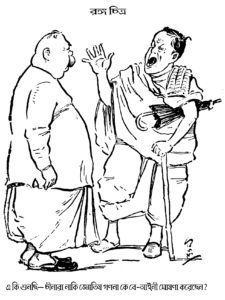 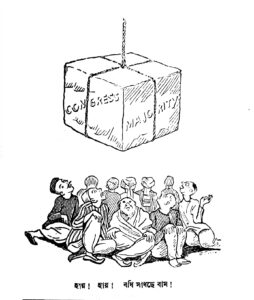 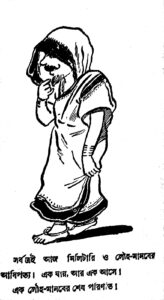 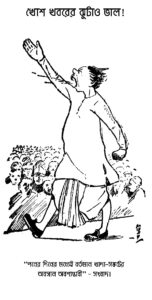 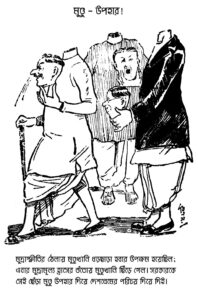 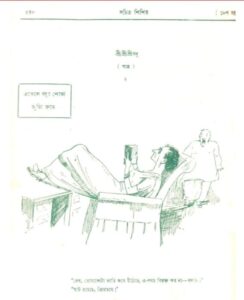 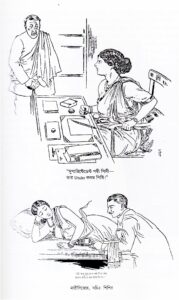 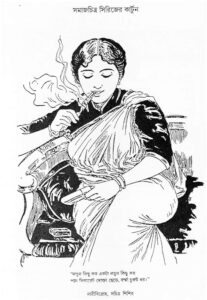