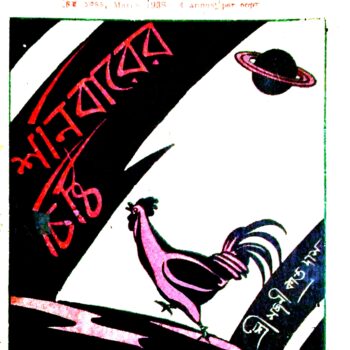 In the history of Bengali literary magazines, especially among those with a bent towards humor, Shanibarer Chithi (Saturday Letters, শনিবারের চিঠি) was a stalwart. It was founded in 1927 and after Sajani Kanta Das took charge as editor after the 11th edition, it earned fame as one of the most famous satirical periodicals and was even known outside Bengal for its relentless caricature of the political life of the country. The magazine did not even flinch from taking took pot-shots at literary giants like Nazrul Islam, Rabindranath Tagore, and Jibanananda Das, something unthinkable otherwise.

Subhas Chandra Bose, a promising political radical by the end of the third decade of the twentieth century, was the favorite bully boy of the magazine. It ridiculed him especially, when at the Congress Conference of 1928 in Calcutta, Subhas directed cadres to appear in military fatigue. Shanibarer Chithi took the issue of ‘political fashion’ seriously. It scoffed at such efforts and lampooned the uneasiness inside the party. In another cartoon published in 1928, Subhas is seen gatekeeping the entry for female Congress delegates in one of its sessions. Not just cartoons, Shanibarer Chithi used every resource at its disposal to make fun of everything that was worth making fun of.

It was Sajanikanta Das who encouraged young college lecturer Prafulla Chandra Lahiri to become a full-time cartoonist, who eventually became a leading figure of political cartooning. Another prominent name was Haripada Ray, a close friend of Das, who ended up drawing the maximum number of cartoons for Shanibarer Chithi. Some of the rare cartoons by Debiprasad Raychaudhury – artist and sculptor – can be found here. After the demise of Das, his son Ranjan, tried to keep the magazine afloat for some time but Shanibarer Chithi turned out to be one of those periodicals on which the editor leaves such profound an impact that they rarely survive beyond him. But in its heyday, there was nothing like Shanibarer Chithi, and nothing like it has since adorned the world of satire and humor in Bengal. 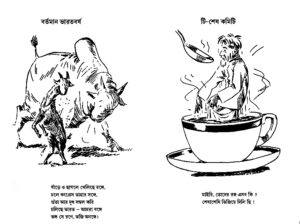 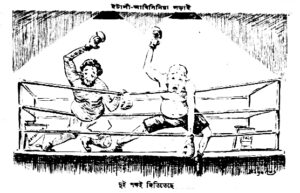 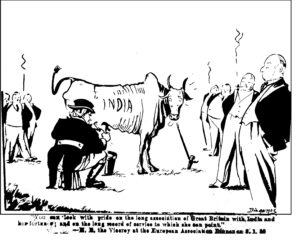 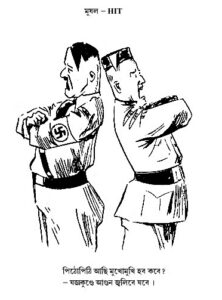 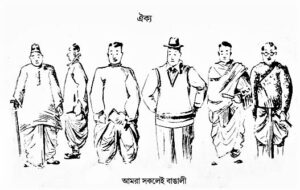 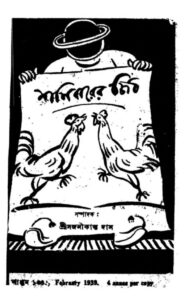 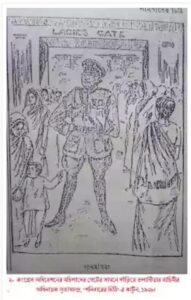