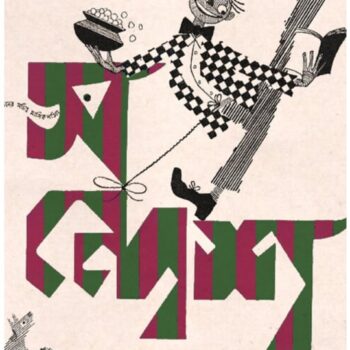 Photographer, poet, illustrator, and man of science Upendra Kishore Roychowdhury launched Sandesh  (সন্দেশ) in 1913. In Bengali, sandesh means the traditional dried-milk-based sweetmeats that everyone savours. In the magazine, Upendra Kishore wrote extensively and exclusively for children and retold stories from epics, wrote articles on science, adventure and culture; and also painted and sketched. Under Upendra Kishore, an ace printer and typographer himself, Sandesh became an exemplar of using new printing techniques for colourful pedagogic purposes. Post his demise in 1915, the monthly’s reigns were taken over by his equally talented son – the litterateur-humourist Sukumar Ray, who remained its editor for eight years. After Sukumar’s early and untimely death in 1923, Sandesh was run by members of his family and others but after closed down once in 1925 and then for much longer in 1934.
In 1961, Sukumar’s son Satyajit, by then a filmmaker of global repute, relaunched the magazine, along with his friend, the famous poet Subhas Mukhopadhyay. Sandesh, which had been close to Ray’s heart, ran almost entirely on Ray’s creative output. Ray painted and designed the covers, contributed stories, created riddles and puzzles, translated and edited other works, judged contests, illustrated other contributions, and answered fan-mails. Ray played around with the word Sandesh in the cover using different calligraphic and typographic styles, incorporating cartoonesque illustrations, geometric and floral patterns in saturated primary colours with lines and textures similar to woodblock printing. They are a masterclass of visual design. In 1970, Satyajit also created four silent comic strips for Sandesh. Among other cartoon highlights of the magazine were Inspector Vikram (1975), W. Heath Robinson’s Railway Ribaldries, which Ray translated as Railgarir Adiporbo (Initial years of the Railways, the early 1980s); Windsor Mckaay’s Dreams of the Rarebit Fiend series (1984); and also illustrations of Ray’s adventures of Feluda and scientist Professor Shonku. In comics, Sandesh was a pioneer. As early as 1921, Sukhlata Rao drew Jemon Kormo Temni Fal (As you sow, so you reap), the first comics in Bengal for the magazine. It was complete with a full-blown plot, speech bubbles, and humour of slapstick variety. She was joined by her brother Sukumar, who made use of the sequential narrative in his strips Bujhbar Bhul and Chobi O Golpo. Every known illustrator, cartoonist, and comic writer can be said to have had their stint with Sandesh since its early days making the magazine a living archive of styles, practices, and modes in both comics and cartoons. Sandesh is still published from Kolkata, under the editorship of Sandip Ray, son of Satyajit. 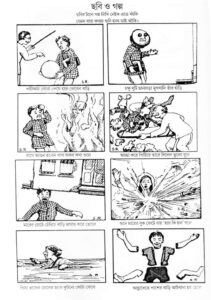 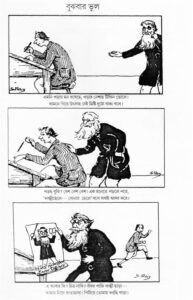 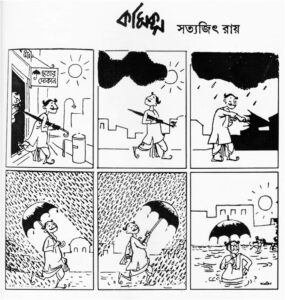 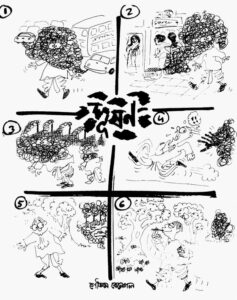 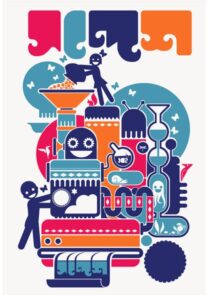 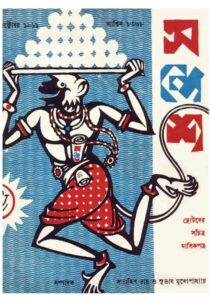 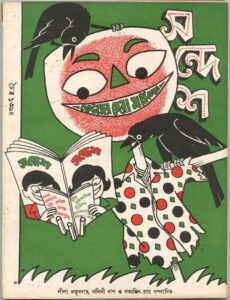 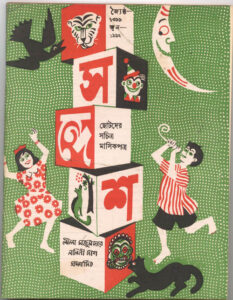