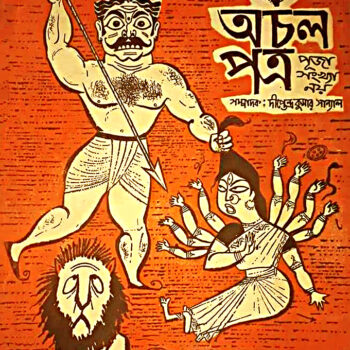 As they say, ‘After an Attack, Achalpatro began’. A year into India’s independence, Diptendra Sanyal, a zealous, bright young man just out of university, launched the English language satire periodical Attack. The magazine did not click, for the newly decolonized Bengali readership did not take kindly to the catchline: Attack is the best policy of defense. Sanyal prepared a second line. This time in Bengali. It was called Acholpotro (False Paper, অচলপত্র). Acholpotro, a monthly magazine, gained ground from the very beginning. Diptendra was infamous for his caustic critique on matters of culture, whether popular or critically acclaimed. His paper was treading a new path, was iconoclastic and with its electrifying irreverence routinely roasted revered works of literature and cinema. In a famous dig published in 1951, a cartoon showed a pre-fame Uttam Kumar as an infant lying on the lap of a woman in the manner of a mother cuddling her child; except that the waddling Uttam is embracing the woman, asking, ‘Dear, do you love me?’. The cartoon made fun of young actor’s aspiration and his veteran co-stars. It had hurt the young struggler deeply.

Acholpotro closed in 1952 to resurface again in 1961. In the new avatar, it became a weekly. Like Jostimadhu and Sochitra Bharot, the editorial members of Acholpotro concentrated on the cartoon pages. Ramkrishna Bhaduri, Promotho Samaddar, Robin Bhattacharya, Saila Chakroborty, Priyogopal, et al. published their works here.  Acholpotro’ s forte was social cartoons. The cartoons also dealt with popular (but disparaged in highbrow mags) content like extramarital affairs, office romances, the naughty employees’ business in their offices, etc. The magazine closed down after the untimely death of Sanyal, in 1966. 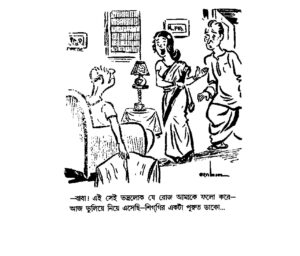 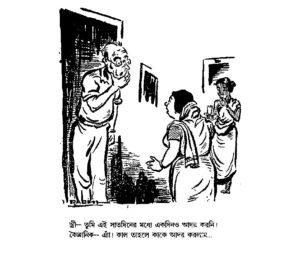 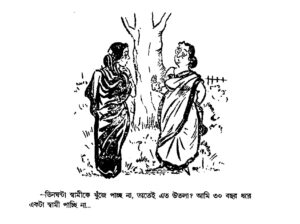 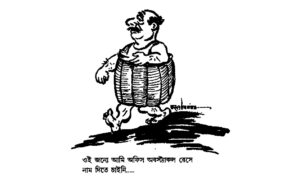 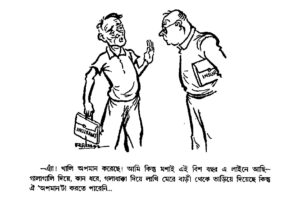 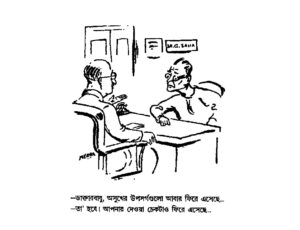 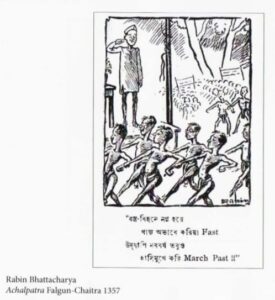