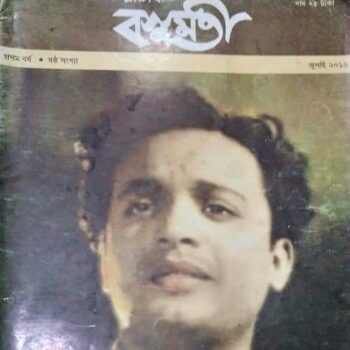 Masik Boshumoti (The Planet, Monthly, মাসিক বসুমতী) was one of the longest-running monthlies in Bengal, and part of the trio of publications from Basumoti Sahitya Mandir. It was for much of its heydays edited by Satishchanndra Mukhopadhyay. One of its lasting legacies is as a literary magazine that brought innumerable classics of Bengali and world literature to the public while also giving a sense of the world around. The monthly was complimented by Dainik Boshumoti (The Planet, Daily, 1914) and weekly Saptahik Boshumoti (The Planet, Weekly, which was the earliest version and started in 1896). In all three, the doyens of Bengali litterateurs would contribute. Rarely would a publication have a daily broadsheet with an independent weekly and monthly edition. This was one such. Each catered and were admired by a different set of readers. Masik Boshumati published novels, poems, reports, and essays on current affairs, articles on science, travel, music, films, politics, sports, and agriculture. The magazine also had an attractive children’s section. But much of its fame rested on the quality of paintings that were printed on art-plate and included works from artists as renowned as Debiprosad Roychowdhury, Gaganendranath Tagore, Bhabani Charan Laha, Gopal Ghosh, Hemendranath Majumdar, and others, which were often collected and framed. Saila Chakraborty contributed his fine art paintings here. Coloured cartoons of Gaganendra Nath Tagore and Chanchal Bandopadhyay were special attractions of the magazine and are striking testimonials to the aesthetic centrality that cartoons once coaxed from publications. Masik Boshumoti was a liberal patron of cartoons and received substantive black-and-white contributions from the likes of Haren Ghosh, Saila Chakraborty, Reboti Bhushan, DR Das, Samarjit Sen, Shatadal Bhattacharya, and others. 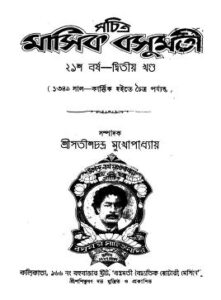 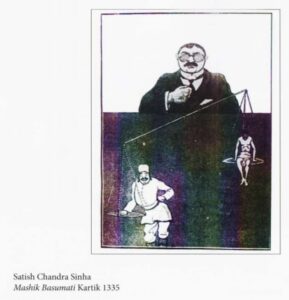 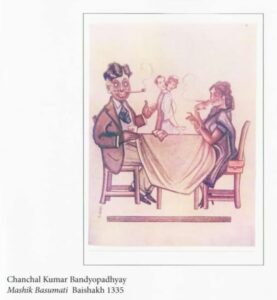 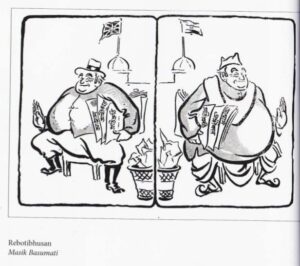