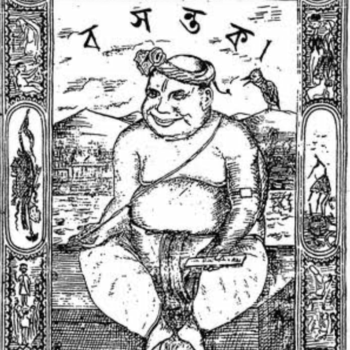 Horbola Bhand (The Mimicking Jester, হরবোলা ভাঁড়), the first humour magazine in Bengal which published cartoons, came out on 1st January 1874. It published cartoons on politics, society, and religion. Though largely Bengali in content, the second and third issues ran six to eight pages of English writing. Horbola Bhand reiterated that it wished to tell ‘nothing but the truth’. But it did more. For it is with this periodical that the meaning of cartoon was redefined. It was no longer a mere sketch or a preparatory drawing. It was now to be a finished work of art – a satirical one at that too – and would employ innuendo, wit, precision, bathos, irony, and parody. The overtly satirical and often burlesque drawings of Horbola Bhand ridiculed individuals, exposed human follies, parodied foibles of society, and criticized colonial politics.
The jester as a narratorial figure in Horbola Bhand was in imitation of the cultivated iconoclast Mr Punch of English Punch. The omniscient narrators employed burlesque to juxtaposed verbal and visual barbs directed against the men and manners of the colonial society and were reminiscent of the literary works of Kaliprasanna Sinha and Pyarichand Mitra. Also, the cartoon characters of Horbola Bhand were drawn as animal figures, with the face of a human, each character drawn as an embodiment of an idea. Horbola Bhand was a payback to racial caricatures of the Indians in the Indian Charivari or The Indian Punch, which also catered to prejudices of a growing Bengali middle class and espoused the national cause, still in its nascent stage.

Horbola Bhand soon gave way to Basantak (Spring Laughter, বসন্তক), a vitriolic Bengali periodical. Published by the house of Duttas of Hatkhola in north Calcutta – Prannath, and Girindranath- Bosontok was self-professedly a simulator of British Punch (1841 -1992). But unlike the Punch and Indian Charivari, which made fun of the Indians as an enslaved race, Basantak, like Bhand, was talking back to their colonial masters with the help of the cartooning conventions set by the British themselves. The most prolific critique of the colonial establishment, Basantak employed cartoons and caricatures as their main contrivances. The cartoons, mostly unsigned, were believed to be by Girindranath. Prannath – writer, playwright, cartographer, and member of the civic body – criticized the inner politics of Calcutta Municipal Corporation.  They also took a dig at the corrupt officials, the inept babudom, the Brahmo Samaj, and the radical modernists. In one cartoon, Stuart Hog – the then Municipal Commissioner of Calcutta, is drawn as the ‘Varaha Avatar’ (The incarnation of Vishnu, the Sanskrit word Varaha meaning hog, which punned effortlessly). In this caricature, the tramways, the drainage system, bazaars, and the tax system – all key elements in municipal administration – are seen supported by Mr Hog’s long teeth while he is flanked by low-ranking Bengali officials and British bureaucrats. Basantak’s cartoons didn’t spare contemporary stalwarts like Iswar Chandra Vidyasagar and Bankimchandra Chatterjee either. It also criticized bad roads, lack of civic amenities, westernized elites, and Indian officials who were no better than stooges to their British superiors. Basantak had a runtime of almost a year, having left a unique mark in the history of Bengali public life and letters. 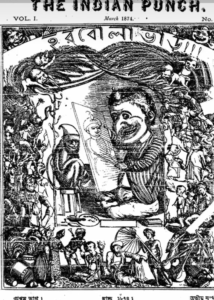 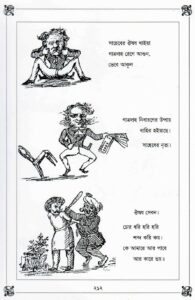 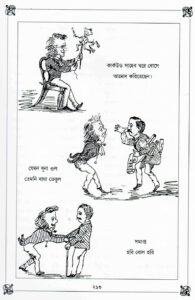 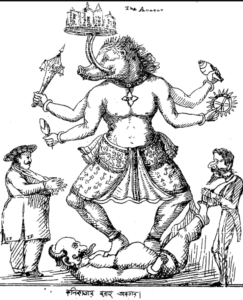 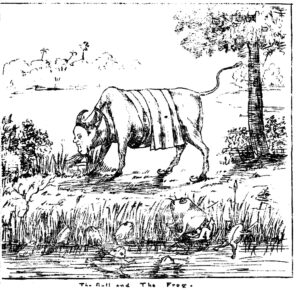 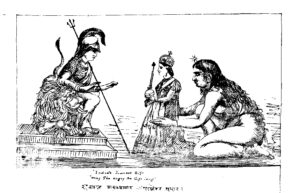 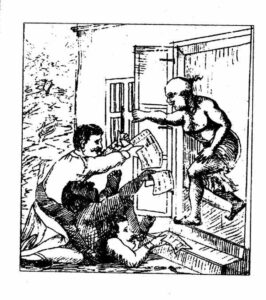