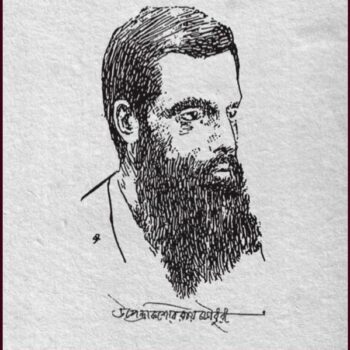 The Upendra Kishore Ray Chowdhury – a polymath that only the nineteenth century could produce – was an artist, illustrator, musician, writer, photographer, and typographer, who revolutionized the norms of printing and publication in India. He was the epitome of the educated Bengali at his inquisitive best and at a time of the colonial period when old class and caste structures were crumbling, allowing a wider range of aspirations.

He started a printing press, U Ray  & Sons in 1913, which soon became a leading institution, printing important books like Rabindranath Tagore’s memoir Jeebansmriti. In the same year, he started publishing the children’s magazine Sandesh, for which he wrote extensively. His profuse illustrations give us an inkling of Sukumar’s (son) and Satyajit’s (grandson) roots of creativity. His international fame in the technicalities of halftone photography is borne by the fact of London’s Penrose Annual publishing nine papers of his between 1897 and 1911.

Apart from being the editor of Sandesh, he was a prolific writer, contributing evergreen children’s classics to Bengali literature — Tuntunir Boi (The Tailorbird’s Book), Chheleder Mahabharat (The Mahabharata for Young Boys), Chhotoder Ramayan (The Ramayana for Children), Goopy Gyne Bagha Byne (Goopy the Singer and Bagha the Drummer), etc.

It is on the pages of Sandesh, and in the illustrations done for Hindustani Upokotha (Folk Tales of Hindustan) compiled by Sita Devi and Shanta Devi that one sees the finest examples of his creativity as a graphic storyteller. His Tuntunir Boi is full of animals that are reminiscent of people, who are no longer sure where they belong. There is a dimwit tiger seeking a human bride, a stupid crocodile eager to have an educated progeny, and a house-cat who bosses mighty tigers. The accompanying frames are timeless: the tiny bird talking to the elephant while being perched on its tusk, or the distressed ant paddling a rice-husk boat taking its dying wife across the waters. Indeed, these illustrations are a hallmark of excellence in the history of illustrated storytelling in Bengal.

His oil paintings were mostly landscapes — the Sal forest of Giridih, the Usri River, the hills of Darjeeling, or the sea of Puri. According to Satyajit Ray, “while living in Calcutta, improving on the concept of half-tone block printing, or writing such an exemplary children’s book such as Tuntunir Boi, or composing a song like Jago Purobasi/Bhagavata Prem Piyasi [Awake citizens / those who desire the love of god], it was Upendrakishore who alone was capable of producing such an amazing range of work all by himself.” 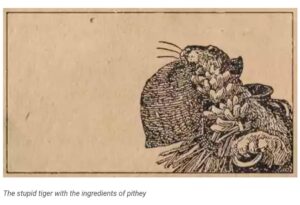 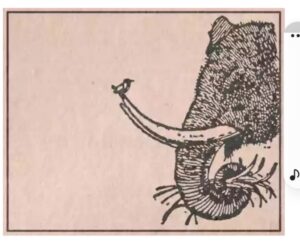 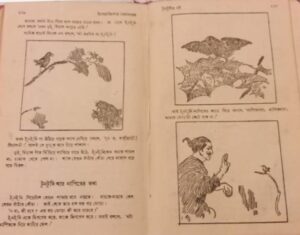 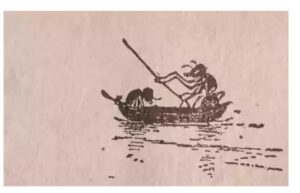 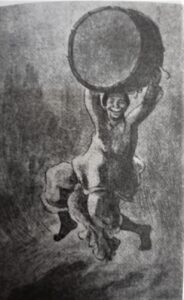 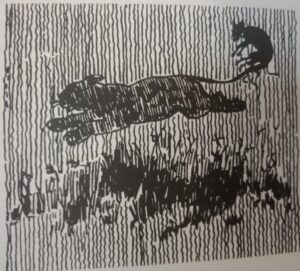