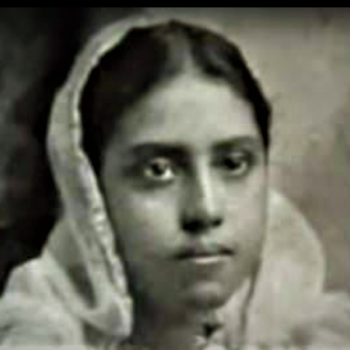 Sukhlata Rao, daughter of Upendrakishore Roychowdhury and sister of Sukumar Ray, and a well-known author, translator, editor in her later years, was one of the earliest practitioners in the genre of comics in Bengal. Thanks to Sukhlata, Bengal got its first comic strip in 1921, complete with a plot, conclusion, and speech balloon.  Published in Sandesh, Sukhlata’s comics ‘Jemon Kormo Temni Fol’ (As you sow, so you reap) is a tale of a  boy playing pranks with his teacher, who looks every bit a Brahmo (a reformist breakaway collective) with his long beard and round spectacles. The boy mistakenly empties a bucket of water on his teacher thinking him to be the milkman. In this narrative, “Here cometh Sidhu the milkman” were the first words enclosed in a speech balloon in the history of comics in Bengal. In 1922, Sukhlata Rao created Ghumer Ghore (Under the Spell of Sleep), where a dinosaur comes alive in the dream of the protagonist. It reminds one of Winsor McCay’s Nemo in Slumberland (1911). After Ghumer Ghore, she did Kajer Fikir (1923), Pithe Bhag (1924), and Mayer Chor Dhora (1924), before bowing out of the world of comics. Shukhalata Rao edited a newspaper called Alok. She wrote about 20 books on various subjects in both English and Bengali. Some of them are Galpa-ar-Galpa, Galper Boi (1912), Aro Galpa (1916), Khoka Elo Beriye (1916), Natun Pora (1922), Sonar Mayur, Natun Chhora (1952), Bideshi Chhora (1962), Nanan Desher Rupkatha, Pather Alo, Ishaper Galpa, etc.  She was awarded the Kaisar-e-Hind for her social service, and a literary award by the Indian government for her book Nije Poro. 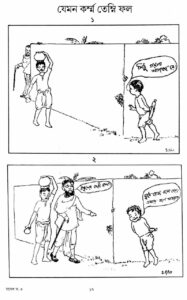 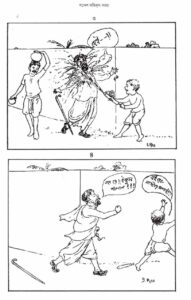 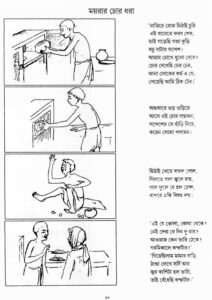