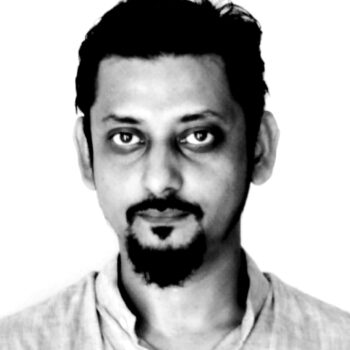 Sambaran’s work mainly concentrates on the city of Kolkata. He initiates and participates in public art interventions and creates graphic novels. His published collaborative works include Taranath Tantrik Passing Show, Gandur Mundu, and Prankrishno Dutto Pronito Swatik o Swachitro Bodmaesh Jobdo. Sambaran occasionally writes on matters of art. He was the editorial coordinator for ‘artEAST’, a Contemporary Art Magazine, published from Kolkata. Taranath Tantrik is a graphic novel on an occult practitioner with fantastic powers, who has now fallen from grace. He is wooed to tell tales from his fantastic adventurous life for a cigarette and a cup of tea. The series draws heavily from the plotline of the lesser-known stories by Bengali author Bibhutibhushan Bandyopadhyay. Gandur Mundu is a delirious trip of a loser loosely based on the cult underground film Gandu by Q. It is a muddled manifestation of his his fears, friendships, nightmares, existential confusion, carnal cravings and an assertion to hold on to his ground in a world that ostracises him.  These characters traverse beyond the boundaries of normative society, but are free even in their existential misery. Perhaps it is for this reason that the book’s endearing title, which literally translates to “the head of an idiot”, seems to empathise with the characters. 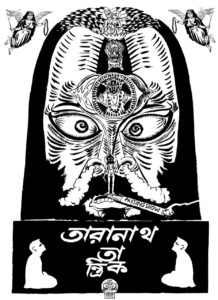 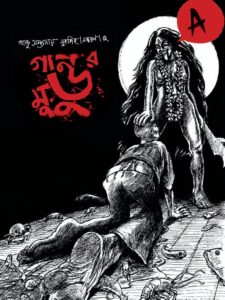 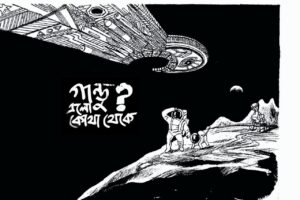 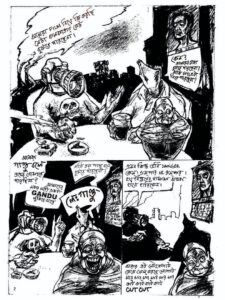