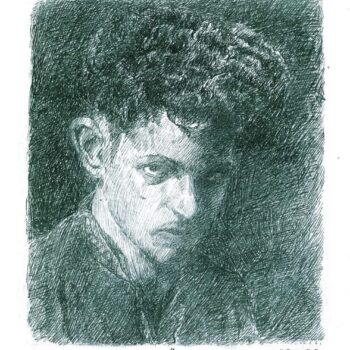 More than a decade before Wolverine of X-Men comics bared his adamantine claws, a sci-fi storyteller from Bengal created Agantuk —a graphic narrative that appeared on the pages of Deb Sahitya Kutir’s periodical in the 1960s. The comic strip featured a humanoid extra-terrestrial, not a mutant but with ears very similar to those of Avatar’s Na’vis who also grew deadly claws at will. The similarity to both Cameron’s blue defenders of their land and X-Men are uncanny. This was none other than Mayukh Choudhury, which is the name Shaktiprasad Roychowdhury drew as. He began his career illustrating Satyajit Ray’s short horror story Septopus er Khide (Hunger of Septopus) in Sandesh in 1961. In 1964, Pekka – the adventures of an African Zebra – was published in the same magazine, which later also published Moron Khelar Khelowar (The Player of the Death Game, 1961) and Rinsodh (Payback, 1962). Choudhury was an avid fan of John Buscema’s Conan, Burn Hogarth’s Tarzan, and Alex Raymond’s Rip Kirby. The influence showed. But Mayukh was also versatile. Apart from science fiction, Mayukh’s panels brought alive a range of figures – from Chandragupta Maurya to Maratha sea captain Kanhoji Angre, from the adventures of Robinhood to that of Colonel Suresh Biswas – the intrepid Bengali wanderer who travelled to as far as Brazil in the 19th century. Through his working life, Mayukh tried to break free from predictable and prevalent modes of gags and funnies. Mayukh later associated himself with Deb Sahitya Kutir, and Khape Dhaka Talwar (The Sheathed Sword) and Roktomakha Chad (The Blood-soaked Moon) were serialized in the house’s Shuktara magazine. Mayukh drew prolifically and recklessly, with deeply inked shadows. His panels show animals frozen in motion – the snarl of a lion, the flight of the wild horses, the leap of the tiger –  the tooth-and-claw thrillers being inimitably illustrated. Mayukh’s research was also impeccable. He stood for hours in front of the cages of animals, busily sketching out his subjects for future reference. Mayukh’s later years were spent in poverty and obscurity. He breathed his last in 1996. The poster of the Hindi language film Detective Byomkesh Bakshy (2015), which was illustrated by Bidhan Baidya, was a homage to Mayukh’s overdrawn, thick-penned, style. 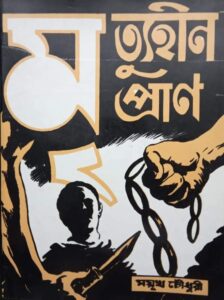 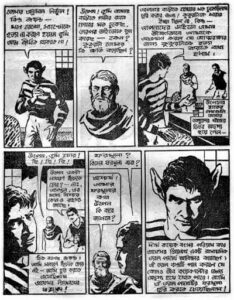 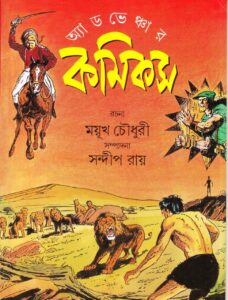 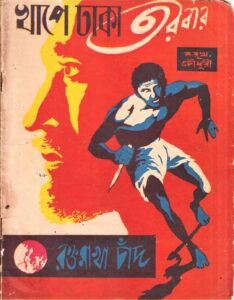 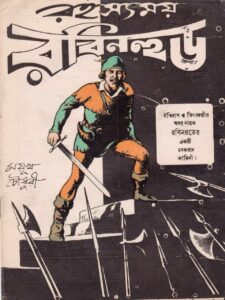 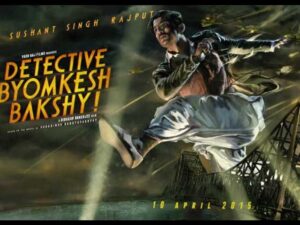