Abhijit Chattopadhyay, who has been creating comic book adaptations of the adventures stories and other fiction by Satyajit Ray since 1995, is yet another example of a solo enterprise — like Moyukh Choudhury and Narayan Debnath — in the field of Bengali comics. Abhijit is the visualizer, penciller, inker, colorist, scriptwriter, editor, and letterer of his comics. He was hooked on to Satyajit Ray’s Professor Shonku series and Herge’s Adventures of Tintin while he was at school. He was also a fan of Russ Manning’s rendering of Tarzan and found influence in Neil Adams, Sy Barry and Dick Giordano. Abhijit tried his hand at creating a couple of sci-fi comics of his own as a rookie artist. He felt that creating comics was his natural calling, and he must never lose focus. While pursuing a degree in Visual Arts from the Government College of Arts and Crafts, Kolkata, Abhijit seriously studied about ‘perspective’, and taught himself rudiments of architectural drawing, spending long hours at the college library. Since he is fond of Alex Ross and Manning, Abhijit never uses software to enhance his drawings but stays put with old-world techniques.
The Feluda and Shonku graphic novels by Abhijit are enthralling young Bengali readers. A great stickler for perspective, Abhijit creates the world in which the characters of his fiction roam about, fight against odds, and carry out the action. Aware that he cannot go wrong with Ray’s description and sense of tactile excitement that he brings to his adventures, Abhijit makes sure that his locals and buildings are convincing. Nearly all of Abhijit’s comics have been published in Anandamela, the popular children’s magazine . They have been subsequently published as separate comic books. 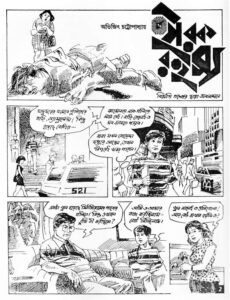 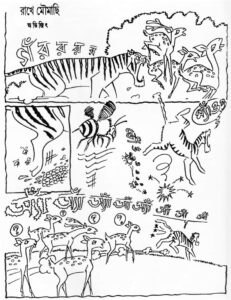 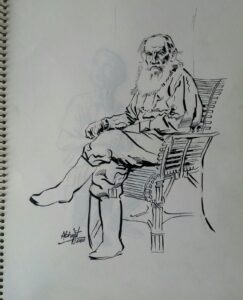 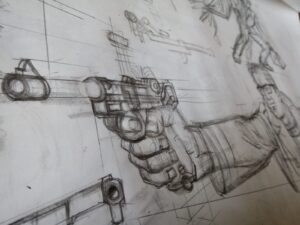 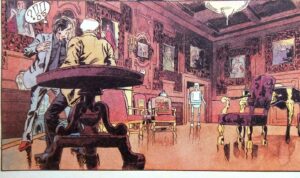 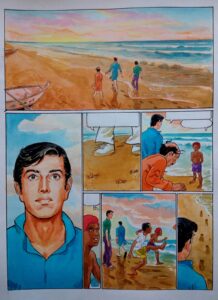 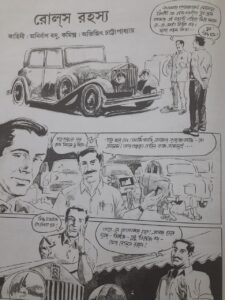